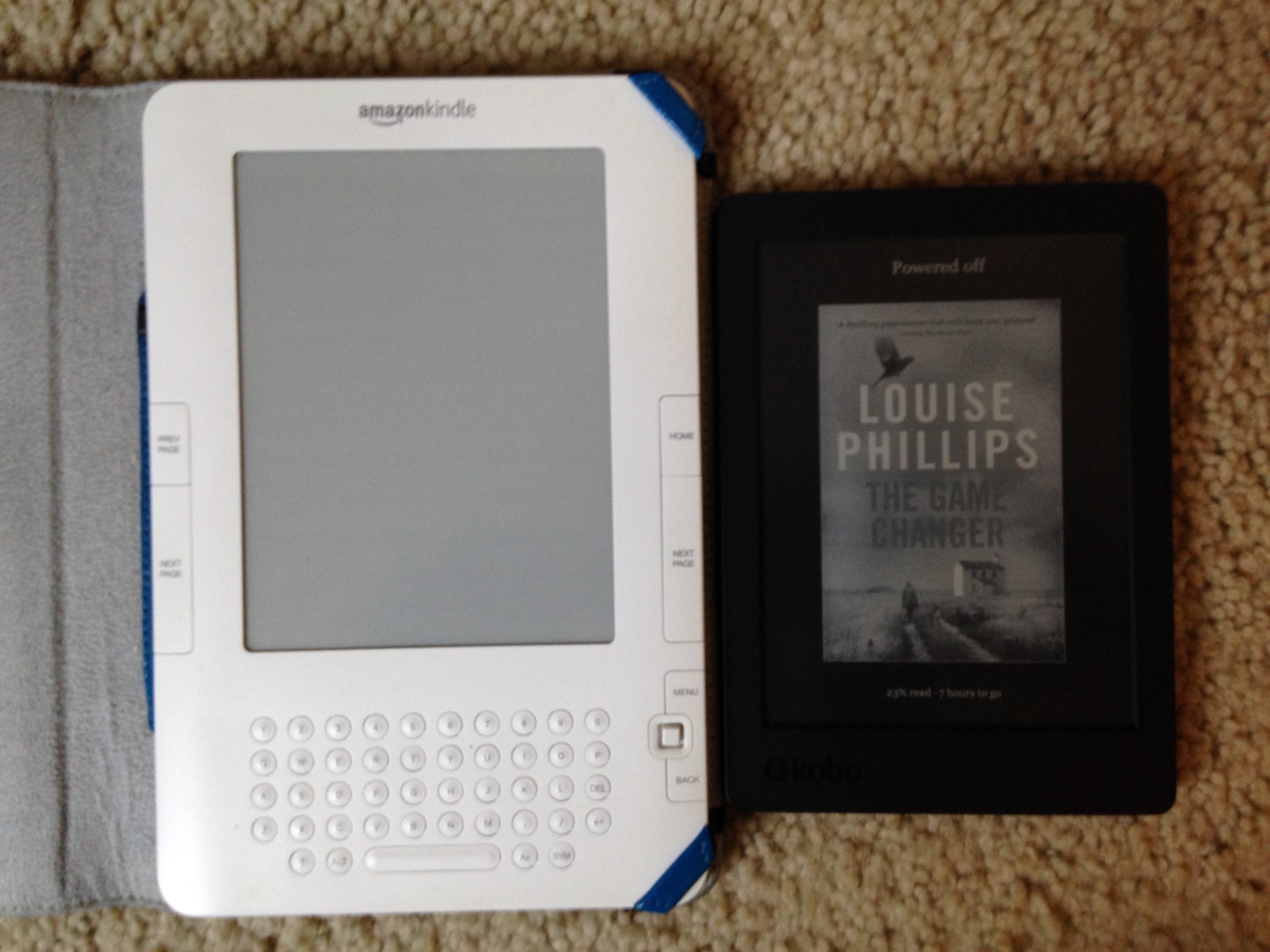 As an indie author, I’m a long-time believer in publishing on more than one platform. I’m not only an indie author, but also a strong supporter of indie bookstores. And I own both a Kindle and Kobo ereader (see above).

I’ll explain further in this week’s vlog (below the virtual fold):

And I I was just floored and part of the reason that I’m so happy that I got this is that I have been a supporter of Kobo ever since I heard about them coming out. And as a self-published author, Kobo … I’ll just put it this way … was not initially embraced by everybody, by other self-published authors. I know this. I know this, because I saw it with my own eyes, and people were going exclusive with Amazon.

I thought about it and decided against it, and the reason that I did was that Kobo is the e-reader of choice for indie bookstores, and I wanted to support indie bookstores. I did so by not going exclusive with Amazon and going wide early.

Now, I’ll be honest, this was to my financial detriment, and I don’t regret that, though. I do not regret making that decision, because I’ve always believed that if you’re a real indie author, you should not be beholden to any one publisher. And, unless you really want to be picked up by Amazon for some reason, I I wouldn’t do it. So, that’s just me.

Having said that and having said that I really like this Kobo, I want to encourage indie authors to go wide, because that’s now the thing that people are encouraging people to do. Now authors are saying, “Go wide! Go wide!” And I’d like to say, “Where were you back in 2012?” Okay, no. 🙂

What I want to say is that’s a great idea, and the reason being if you publish directly through Nook Press and Kobo Press (Writing Life—it’s called Writing Life) you can take advantage of their free promotions without having to go exclusively with them, unlike some people. 🙂 Need I say who?

So, I have always thought it’s a good idea to go wide and I continue to think so, and even more so now that Nook is offering promos for self-published authors without going exclusively with them. Kobo offers it and Amazon should.

That’s all I’ll say, and on that note that’s really it for this week, and if you want to hear more about self-publishing, then I’d be happy to talk about that. That’s about it. Talk to you later!

PS: Check the video on YouTube to see the links for self-publishing on Amazon, Nook, and Kobo.